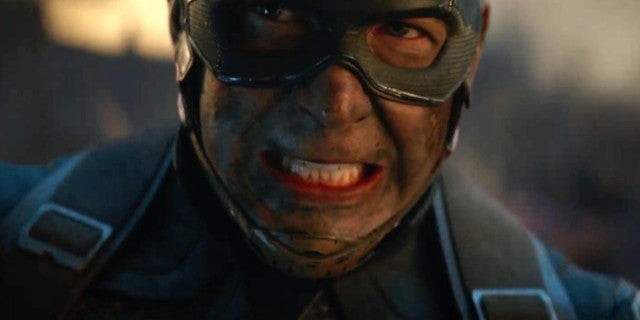 An iconic piece of Avengers: Endgame is the score composed by Alan Silvestri. In fact, Avengers: Infinity War and Avengers: Endgame used the musical composition of the films as a tool to set the stage for the Marvel heroes as the faced tremendous peril against Thanos. One of the most iconic musical beats, however, came in the third act of Endgame when Captain America stood firmly against Thanos before the rest of the Marvel Cinematic Universe’s heroes assembled beside him. The song composed by Silvestri is titled, “Portals,” and it has now been released online with an official video.

“When something receives an extraordinary level of pop cultural attention, it’s inevitably compared to The Beatles,” director of Avengers: Endgame Joe and Anthony Russo said. “The frenzy surrounding the Marvel Cinematic Universe, and especially this movie, which is the climax of an unprecedented twenty-two movie series, gets such a comparison. To take this a step further, there’s a member of the creative ensemble behind these movies that can actually be compared to a Lennon or McCartney. Like them, this person is a song maker, who over an epic career, has created some of the most memorable film music of all time. Alan Silvestri’s artistry has made ‘Avengers: Endgame’ a much more soulful, entertaining and resonant experience, and his music has inspired the movie from its inception. And like a true Beatle, Alan recorded this magic at Abbey Road Studios in London for us all to enjoy.”

Silvestri, who previously scored Infinity War, Captain America: The First Avenger, and The Avengers was no less enthusiastic about Endgame than any other project. “Rarely does an opportunity like Avengers: Endgame appear in the life of a film composer,” Silvestriy said. “A great story, great characters, great performances, a great MCUniverse, lovingly cared for by Kevin Feige, filled with the greatest fans of all time AND great filmmakers Anthony and Joe Russo, who are both fearless and willing to let the imagination take us wherever it will, supporting us every step of the way with that constant rallying cry ‘WHATEVER IT TAKES!'”

On Thursday at 10am PT, Spotify will be hosting a global listening session with Steve Durkee, Marvel Music’s Score Supervisor, with an in-depth look at how the music is made.