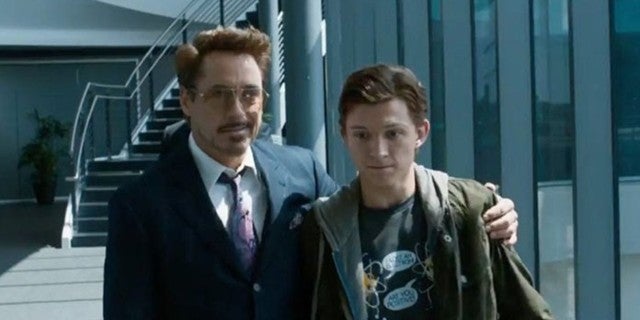 As fans of the Marvel Cinematic Universe know, Tony Stark had quite the story arc. He started out as very much the rich, genius playboy who, despite having changed his ways a great deal after his experience being kidnapped and imprisoned by a terrorist group in Iron Man, often behaved on the more selfish side of things and ended a caring family man who ultimately gave up his life in order to save not just those he loved, but the entire world, too. It’s a huge bit of character development and according to one fan there’s one thing to credit for the shift: the introduction of Peter Parker into the MCU.

Over on Reddit’s r/comicbookmovies community, user “TheCanadianMarvelLad” shared both a video and the script to the video that breaks down exactly how Peter Parker changed everything. The video itself is around ten minutes long and a good chunk of the script is a breakdown of various scenes and elements from the MCU films, but the general kernel of it is that Peter’s relationship with Tony brought out a new side of the character. Tony felt responsible for Peter — as seen in Civil War — and that responsibility plays through to not only how Tony reacts to Peter’s death in Avengers: Infinity War, but also is a large part of the changed man Tony is when we see him reunited with the surviving heroes in Avengers: Endgame. As the poster notes, Tony doesn’t acknowledge the wide-scale devastation of the Snap. Instead, he only mentions the loss of Peter.

The poster also goes on to note that it’s Peter that pushes Tony to do the right thing when it comes to the Time Heist. Even though his former teammates and friends tried to convince him to participate, it’s the framed photo of himself with Peter that nudges Tony to act. While one could argue that Tony’s desire to save Peter if possible is a selfish one, as bringing Peter back would help fix some of his grief and guilt over the young man’s death, it also shows that Tony has become a man willing to give up everything in order to do the right thing.

“I try to know as much as my character does, so I try not to know too much,” Favreau said. “Happy isn’t somebody who’s innovating technology, but he’s one who’s been and Spider-Man‘s sort of a tech hero. I think what’s been established in the MCU is that we’re really leaning into that he’s a little genius too.”

The Stark jet will be present. The Iron-Spider suit will be worn. Happy Hogan will be in the movie. The presence is certainly being felt. “Then, Tony has the resources of all of Stark from when he created the suit for him,” Favreau adds. “It’s a fun balance but honestly, as I go through it, I get pages the morning of. I’m like, ‘Okay, so what’s going on here?’ I can kind of piece it together and then I look in the makeup trailer of all the head shots and the names of all the characters, and I can put together what I think the movie’s about. I could guess with you. I can’t speak for that. I don’t know anything.”