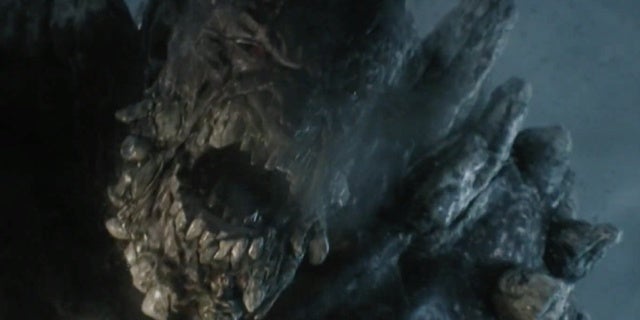 Krypton‘s first season moved faster than a speeding bullet, introducing a trio of imposing and dangerous Superman villains to the world of his birth over the course of ten episodes — which, in story time, seems like it may have been about a month, tops. The second season picks up where that one left off — but with one extra wrinkle: things have gone from bad to worse, and there are inevitably going to be casualties as the various interested parties vie for control of Krypton and the galaxy. So tonight, fans said a final farewell to some characters from the show’s first season. Spoilers ahead for “Light-Years From Home,” tonight’s episode of Krypton.

During her journey to go find out the truth about her biological heritage, Nyssa Vex manages to track down her father Daron. Far from the power broker he was in the first season, Daron has been reduced to cleaning up garbage in a part of town he never wanted to see again. When confronted by Nyssa, he doesn’t have much to say before he is abruptly shot and killed by Zod’s Sagitari.

While Daron may have been a theoretical threat to Zod, his death served mostly as a warning shot to Nyssa. A more existential threat to Zod’s regime was likely Mama Zed, Kem’s adoptive mother and the reclusive revolutionary who showed up last season in “Word of Rao.” She, too, was killed by the Sagitari as they staged an assault on a rebel hideout. In the cases of both Mama Zed and Daron Vex, these were peripheral figures whose loss will be felt more by others — Kem and Nyssa, respectively — than they will by the audience. It is also possible that, at least in the case of Daron, it was cast-directed, since actor Elliot Cowan has taken a significant role in The Spanish Princess.

The last major death, and likely the most significant from a plot perspective, is that of Brainiac. Weakened by his time in the Phantom Zone and away from his Skullship and the source of his power, Brainiac attempted to manipulate Seg-El into helping him, and ended up with his head cleaved in two for his trouble. Shortly thereafter, a shell-shocked Seg was met by Adam Strange, and shortly after that the pair were both ambushed by Lobo — whose presence probably means more death is on the way.

While Seg and company have already turned the established DC Universe timeline into Swiss cheese, the apparent death of Brainiac may well be another stumbling block, since the last thing we knew, Brainiac was still alive in the future, having bottled Detroit. His death here could theoretically have ramifications for Adam going forward, although we’ll have to see whether he stays dead; an artificial intelligence and 12th-level intellect like Brainiac has a habit of popping back up when you least expect it.

While the season one finale left a lot of big questions up in the air, and most fans assume that ultimately the “good guys” will win and the timeline will be restored, Krypton being disconnected from any particular shared universe means that, like Gotham before it, they could make some pretty serious tweaks to the mythology along the way and get away with it because, as showrunner Cameron Welsh has said in the past, the show takes place in its own world within DC’s multiverse.

Within that portion of the universe? An Earth overwhelmed by Kryptonian forces, in which Adam Strange returned home to find it ruled by Zod — and captured within Brainiac’s bottled cities. Krypton returns to SYFY on June 12. You can catch up on the first season on DC Universe.