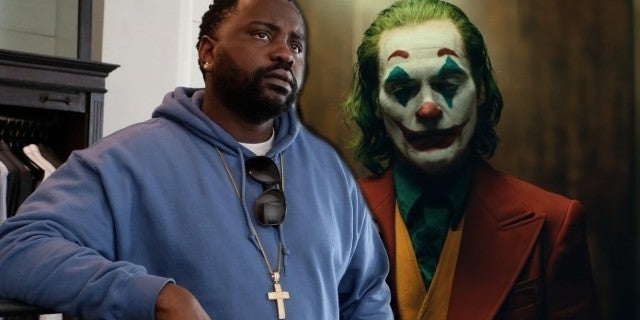 DC Comics only has one more movie in the pipeline for 2019, but it’s decidedly darker focus will likely drive a lot of interest among fans as Joker finally gets his own spinoff movie without Batman. Details surrounding the film are still scarce, but now actor Brian Tyree Henry is opening up about what fans can expect when the movie premieres.

Because everyone is the hero of their own story, fans should expect a complex and tragic origin for the character. Henry spoke with the Observer about this theme, revealing that we’ll see Joker’s descent into madness.

“I think it’s going to be very different because it really goes into just the origin story. Villains are never born that way, they’re made,” Henry explained. “There’s something that happens in their lives that they give up their faith in humanity; they see the flaws of humanity and mankind and feel like they must correct it. And what happens with Joker is you start to see how he really was a happy person. He really was trying to find this…hope in humanity until it broke him down and he just had to give up and reshape it.”

While there have been a few different origin stories told about the Joker, many of them eschew many personal details in order to maintain the sense of mystique surrounding the character. But this one will dive deep into the personal life of Arthur Fleck, the man who will go on to become one of the most devastating terrorists in Gotham City.

“Also, there’s going to be a connection [made] about a boy and his mother,” Henry said. “That is another thing that you’re going to see—that he was capable of love at some point. But, at the end of the day, I think it’s all about how he was made that way, how he didn’t start being that kind of person.”

Joker actor Joaquin Phoenix previously spoke about the dark direction in the film during an interview with Collider.

“I think, underneath the excitement of these films, and the size of them, there are these incredible characters that are dealing with real life struggles,” Phoenix explained. “And sometimes that is uncovered and exposed, and sometimes it isn’t, and so I always felt, like, there were characters in comics that were really interesting and deserve the opportunity to be kind of studied. And so I think that’s what Todd sees appealing about this idea.”

In this latest episode we go all-in on X-Men: Dark Phoenix, Swamp Thing’s cancellation, DC Universe fallout and more! Make sure to subscribe now to never miss an episode!