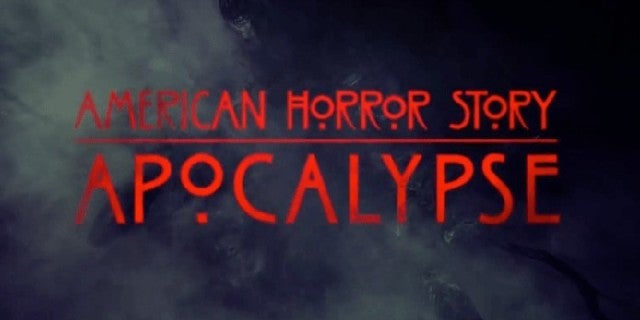 American Horror Story is no stranger to the Emmys. The horror anthology series has been nominated for 28 Primetime Emmy Awards for its first seven seasons, all of them in the Miniseries or Movie category. However, due to the unique crossover nature of last seasons’ American Horror Story: Apocalypse, the Ryan Murphy-created series doesn’t qualify in that category this time around, and instead has to compete as a regular drama series, but that change could end with the series seeing more nominations than usual. The series offered up 19 acting submissions for the 2019 Emmy ballot.

As reported by Gold Derby, Apocalypse has put forward a large number of members of the series’ cast for various awards, including not just the series’ two lead performers — Cody Fern as Michael Langdon and Sara Paulson as Ms. Venable, Cordelia Foxx, and Billie Dean Howard, but pretty much everyone else who appeared in the season in one form or another. You can check out the complete list of submissions here.

As submissions for nomination go, none of the performances on Apocalypse‘s list are a huge surprise, especially Fern for his role as the Antichrist. As the Antichrist, Michael was equal parts charismatic and terrifying and though he is ultimately defeated by the witches from Coven, the intense character is still talked about by fans who haven’t yet managed to let go of the character and Fern himself hasn’t fully done so either.

“I haven’t let go of Michael,” Fern said in a previous interview. “I really think that something is happening in society at the moment. People have more an interest in the darker aspects of life. I think it’s very Jungian and I think it’s very much about trying to understand the darkness within ourselves. I think it’s in the King Arthur myth, which is, all of the soldiers, the knights, decide whether they’re gonna enter the forest and all of them decide that they’ll enter the forest at which point is darkest to them, that they perceive to be the darkest.”

“I think it really says something about walking into the heart of darkness and not embracing it in the way that it consumes you but about reining it in, about understanding it, about knowing what it is and searching in the places that you least wanna look. I got to do that with Michael Langdon,” he continued. “I got to go to some really dark places, and it’s fun. Playing out those dark things, that scene with Sarah [Paulson] where it’s long-haired Langdon, who was my favorite Langdon to play, ‘cause he was just so lascivious, he’s so in control. To be in a room with Sarah Paulson where she had that deformity on her back and to be playing this power game that ultimately ends in, ‘Take off your dress,’ talk about what was happening in the culture at the time. It’s fun to investigate the other side of the coin and I understand it a little bit more now. I do need to say because it sounds like I am in some way fetishizing it, it’s the easier side of the coin. It’s easier to be dark. It’s easy to be evil. It’s cheap in life, but in acting it’s fun.”

What do you think about Apocalypse submitting 19 actors for Emmy nomination consideration? Let us know your thoughts in the comments below.

In this latest episode we go all-in on X-Men: Dark Phoenix, Swamp Thing’s cancellation, DC Universe fallout and more! Make sure to subscribe now to never miss an episode!